Opinion Piece – The Worst Job Appointments Ever Made

The process of appointing a candidate for a leadership role in your organisation is long, laborious and costly. So, don’t make the mistake of confounding the process even further by making the wrong choice, says Scott Barrett, Managing Director of NOVA Human Capital Solutions

SAA board chairperson, Dudu Myeni, has come under fire from the Organisation Undoing Tax Abuse (Outa) and the South African Airways Pilots’ Association’s for being a delinquent director who has grossly abused her position. During his first day in parliament, former Eskom CEO Brian Molefe, was lampooned and called corrupt, thanks to his implied actions in the Public Prosecutor’s State Capture Report.  And despite leading the worst season of South Africa’s test rugby history, the beleaguered Allister Coetzee, has retained his position as the Boks coach.

The one thing that Dudu, Brian and Allister all have in common, is that a vast group of people feel that their job appointments were poorly thought out or motivated by misguided principles. While South Africa’s public sector and sporting world are rich with stories of some of the worst job appointments ever made, the private sector is far from immune when it comes to this challenge. But what are the real consequences of hiring the wrong candidate for a leadership role in your organisation?

The process of appointing a candidate can be a laborious and costly one. It involves advertising for the position, wading through hundreds of CVs, inviting the top candidates for an interview, and finally making a choice. That’s to say nothing of the time and resources that it takes for a new recruit to become fully functioning within their role, which also comes at great financial cost to the organisation.

Time and again we’ve heard this all too familiar story. The chosen candidate’s CV ticks all the boxes, their credentials are flawless, their references are glowing, and their attitude during the interview portrays one who is hardworking, insightful and charming. So naturally you’ve got high hopes for your brand-new candidate and how they will lead your team to greater heights. That’s why even most experienced HR professionals are completely floored when the Dr Jekyll they met during the interview is replaced by Mr Hyde during that first week on the job.

At first all seems well, but then strange things begin to happen. Your new candidate seems to have an endless barrage of personal problems from mysterious illnesses to family commitments that result in tardiness. Although fully aware of all company policies and standard working hours, your new candidate needs special treatment and flexible hours to accommodate their lifestyle. They can frequently be seen running out the office to attend to private calls on their mobile. They seem to be the new runner-up for the Not My Job Award 2017, as you frequently see them complaining about the tasks that they have been given, which they clearly believe are far beneath them. Finally – and possibly worst of all, you notice that your previously somewhat content team are grumbling and mumbling in hushed tones as their new leader begins to assert his or her authority in a way that is completely at odds with the company culture, and certainly a far cry from the vision you were sold during the interview.

If you’ve ever found yourself in a position when that insidious feeling starts to creep in, and you begin to realise that Mr or Ms Perfect New Manager is actually a complete nightmare, you are far from alone. This is an all too common HR blunder, but one you must learn from quickly to reduce the consequences.

Firstly, a bad hire is detrimental to productivity. Not only is your new manager not competent at the job that they are doing, but their poor management style may be affecting the productivity of the rest of your team as well. You may also find that other employees are picking up the slack, which leads us to the next great consequence.

Lower staff morale. Nothing poisons company culture more than a draining, negative influence. Furthermore, if employees catch on that they’re picking up the slack for the newbie who is more than likely earning more income than they are, it’s simply a matter of time before those resignation letters start pouring in.

And that’s to say nothing of the financial implications associated with a bad hire. Once you factor in the cost of advertising, man-hours spent ruling out candidates, plus the reallocation of resources to compensate for incompetence, it’s a high price to pay. You cannot afford to let a bad hiring move go on longer than necessary. If there are major challenges from the outset, the likelihood of the situation improving is remote at best.

So how do you ensure this doesn’t happen to you? Placing senior, managerial and executive-level candidates into positions requires specialist skills outside the scope of standard recruitment. Which is why it is highly recommended that even the most experienced HR personnel consider consultation with an outsourced Executive Search team to assist in making these placements. Each and every organisation, from major corporates to medium-sized businesses and even start-ups, share some common goals, but also unique and different requirements.

A consultative approach with an outsourced recruitment services provider will take your organisation’s unique needs and culture into careful consideration, to ensure a successful placement that will reap positive benefits for the organisation. Consultative Recruitment agencies align international best practice with traditional recruitment methods for a more proactive approach to reach an otherwise inaccessible talent network. Specialist recruitment agencies look for candidates that are seeking employment that meets their life and career goals. It’s about so much more than simply hiring candidates that see a job as a means to end. Finally, each candidate’s skillset and personality is carefully assessed to ensure that they are the perfect fit for a particular organisation’s culture. 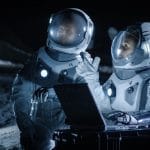 NOVA’s Top 5 Reasons to Use an HR Consulting Firm 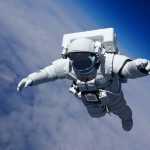 The Biggest Challenges for HR 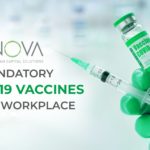 Mandatory COVID-19 Vaccines in the Workplace 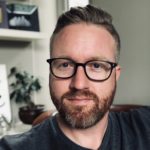 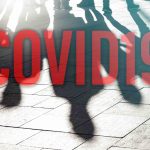 COVID-19 from an HR Perspective

We use cookies on our website to give you the most relevant experience by remembering your preferences and repeat visits. By clicking “Accept All”, you consent to the use of ALL the cookies.
Accept All
Manage consent

This website uses cookies to improve your experience while you navigate through the website. Out of these, the cookies that are categorized as necessary are stored on your browser as they are essential for the working of basic functionalities of the website. We also use third-party cookies that help us analyze and understand how you use this website. These cookies will be stored in your browser only with your consent. You also have the option to opt-out of these cookies. But opting out of some of these cookies may affect your browsing experience.
Necessary Always Enabled

Analytical cookies are used to understand how visitors interact with the website. These cookies help provide information on metrics the number of visitors, bounce rate, traffic source, etc.